saw these bad boys parked outside of the dairy queen today. 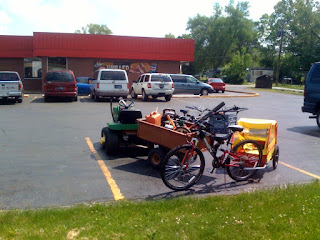 i know some local acts *cough rademacher cough* *cough fay wrays cough* that should get in this thing. because not only could they win, but they would rock the fair.


FRESNO, CALIFORNIA…May 26, 2010… The Big Fresno Fair is pleased to announce that it is holding its first-ever Local Performer Contest starting on June 1st. A total of six local performers will be selected to be part of the first annual local musical showcase at the 2010 Big Fresno Fair on Thursday, October 14th from 4 p.m. until 10 p.m. on the Pavilion Stage.

Interested local performers are encouraged to submit their music videos online at www.FresnoFair.com . Once approved, videos will then be posted on the Fair's website, with links posted from Facebook and Twitter, where the public can comment on who they would like to see as part of the musical showcase at the 2010 Big Fresno Fair. Submissions will be accepted starting June 1st until July 31st. All music videos must be family-friendly, as The Big Fresno Fair is a family-friendly environment.

Based upon the most positive public comments on each of the videos posted, as well as input from the local performer contest sub-committee, 20 local musical performers will be selected to advance to the voting portion of the competition. Then Big Fair Fan Club members will be able to vote online for the six bands they want to see at the Fair as part of this local musical showcase. If you are not a Big Fair Fan Club member you can sign up at www.FresnoFair.com . Voting will start on August 4th and last until August 31st. The final six musical performers selected to perform at the 2010 Big Fresno Fair's Local Performer Showcase will be announced mid-September.

"We are a community Fair and as such we are a reflection of those in our community. This is why we wanted to provide a platform to showcase all the local musical talent we have here in Fresno County," said John C. Alkire, CEO of The Big Fresno Fair. "The local performer contest provides a way for us to do this and create something fun and new for the community to get behind. The entire process from viewing the videos online, to voting for your top six and then coming out to see them at the Fair will be something fun and unique to be a part of. We hope to see this competition and musical showcase grow each year, sharing with a new audience the numerous local talented musical performers."

If you would like more information or would like to help spread the word about the contest and showcase, visit www.FresnoFair.com/localperformercontest
Posted by edluv at 8:35 AM No comments:

the undercurrent is still kicking. they took an unplanned month off, so instead of taking a month off in summer, they won't. next issue should be out in june.
Posted by edluv at 7:01 PM 2 comments:

Email ThisBlogThis!Share to TwitterShare to FacebookShare to Pinterest
Labels: the undercurrent

lost is over now
series ended with tears, joy
thanks for great t v
Posted by edluv at 6:00 AM 3 comments:

i've been coaching track & field for about eleven years now. each team is different, and every year offers different opportunities, benefits, rewards and whatnot.

this year was a pretty awesome year. i was able to travel to indoor nationals, and also get to go to outdoor nationals as well. these are fun, special trips. but even without these trips this was still one of the best years that i've coached. why?

well, it's about the kids. this year we had a group of throwers that really did work hard. most of them went above and beyond to really do the best they could, to perform at the highest level at competitions. they cared. that doesn't mean that all of them always did everything right, but you could see that it mattered. they cared about their performances, and about their teammates.

another thing about this group, they were thankful. right now, i'm looking at a picture of my throwers. they took a group picture after our conference meet, and had it framed and gave it to all the throw coaches. i was blown away by this. seriously, i feel like a proud papa right now. heather even joked that it looks like our family picture because it's one of the biggest things in our living room, propped up on our mantle.

so, i'm thankful. and, i texted them all today to let them know that i'm thankful for this year and the experience. and, most of them are returning, so i'm excited for next year already.
Posted by edluv at 2:29 PM No comments:

Email ThisBlogThis!Share to TwitterShare to FacebookShare to Pinterest
Labels: track and field

this is still one of my favorite 90's hip hop songs, and, i considered using it last night for pub quiz, but we didn't. such a sick bass line.

somehow, sometime i got on a list. i can't say exactly what the list is, but it's the call me for surveys list. seriously, every so often, i'll get a random call to see if i'm willing to participate in a survey. some have been local, like the news, but others are national. i remember we even had one call during a podcast, and i was questioned about my thoughts on gay marriage.

i think once you answer one, you're flagged, and more will come. this really heats up during political seasons.

the other day, i was roused from a semi-nap stage to answer a few questions. i agreed because this wasn't just a phone survey. if i fit the right profile, they wanted me to come in for a focus group discussion. i became even more interested when they said that for the two hour experience i'd get $75. after all the questions, i seemed to be something that they wanted, something that fit their criteria. i was scheduled to go over tonight and share my thoughts on political candidates in california's gubernatorial race.

sadly, this morning i got the call. they had overbooked certain groups, and i was now expendable. oh well, i'm sure it won't be the last tie i get called.
Posted by edluv at 8:30 PM 2 comments:

Email ThisBlogThis!Share to TwitterShare to FacebookShare to Pinterest
Labels: politics

hey, i dont have any official proof, but it looks like the undercurrent is donezo. no copies can be found of the should be latest issue. there's probably more, and we will see.
Posted by edluv at 12:28 AM 6 comments:

Email ThisBlogThis!Share to TwitterShare to FacebookShare to Pinterest
Labels: the undercurrent

ah yeah. was watching american dad and caught this beauty in the first few minutes of the episode. wait for it...

yep, there it is, "you look like you should be holding up round cards at a dog fight in fresno."
Posted by edluv at 6:38 PM 1 comment:

Email ThisBlogThis!Share to TwitterShare to FacebookShare to Pinterest
Labels: fresno

from hipster to hippie

saw this linked on laughing squid, thought i'd check it out. pretty funny, and i wonder if all the little hipsters that follow fresno groups like yesterday's chonies are headed down this route. 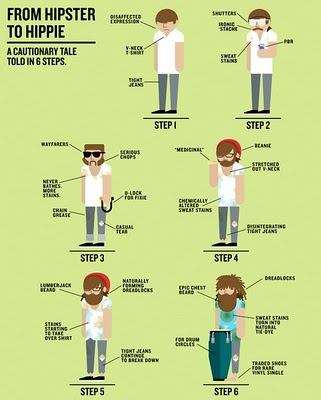 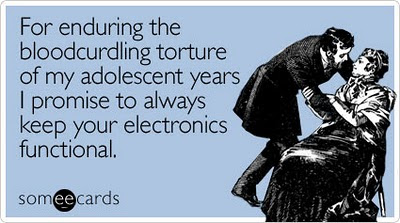 not entirely true, or untrue of my own life experience, but it was funny. happy mother's day!
Posted by edluv at 2:31 PM No comments:

awesome and witty. i'm sure my nephews will love this.

it's been an interesting debate/discussion over the last five or whatever years as blogs began and have become somewhat part of the journalistic community. and, the established media has begun to blog, some of them very well. others, not so well.

locally, the bee does a pretty decent job of blogging with the beehive, the sportsbuzz is hit or miss, and i'll be honest, i don't read the opinion blog. cbs47 also does some blogging, and in my opinion, is on the other end of the scale. they all don't blog frequently and so really, mike scott is sort of what i consider the channel 47 blog.

here's where i get to it: when journalists blog, are they creating news, and is that good? i'm not saying that journalists shouldn't blog, but it is clear that they differentiate between their blogs for their journalism. mike oz has even told me that, although not exactly in those words. if i can remember it correctly, mike told me a while back that his blogging tends to be more his personal feelings, thoughts, things that took his interest, whereas his articles & columns were more straight journalism. the paper is held to a much higher standard, i think, than the blog. that's not to say that mike doesn't do his homework on his blogging because he clearly does.

so we turn to mike scott's blog. today in a post over at fresno famous i called mike scott's blog visual vomit and blogging diarrhea. scott references his blog on air frequently, and today during the noon news he brought up the "controversy" (his word) over on his blog between roller derby and the city. it seems that scott is using the blog to leak information, and the info is somewhat speculative and questionable. is it even a real story? if it is, why not do the leg work and present it as such?

am i out there on this, or scott crossing the line, losing journalistic integrity, or something completely different?
Posted by edluv at 3:00 PM 5 comments:

sometimes i wonder about comments on blogs. i like comments, i leave comments, although i'm more inclined to comment on smaller blogs than on big mega blogs. anyway, a little while ago adam had a good(ish) dialog going on about comments on the bee's website. in that post, adam talked about how he liked the interaction and community that is created in the beehives comments, and i tend to agree.

but today, as i was reading a few posts, i got a bit annoyed. there are some commenters that repeatedly leave sexist, homophobic, or other comments that just aren't helpful to discussion. i know that all beehive comments must be approved, so they don't have to approve these comments. should they?

i know there are a-holes out there. i realize there are sexist people out there. but what are the contributing to the blog? why do someone have to come on to rebut their annoying, unneeded comments?
Posted by edluv at 1:47 PM 3 comments:

Email ThisBlogThis!Share to TwitterShare to FacebookShare to Pinterest
Labels: blogs, yo comments are whack

if you have time, swing by tower violin studio tonight and check out some of my art during tonight's art hop.

Email ThisBlogThis!Share to TwitterShare to FacebookShare to Pinterest
Labels: art

may the 4th be with you!

freedom in iran - a local connection

it's cool meeting local media types, and it's been awesome getting to know local reporter corin hoggard. we've become close enough that i get to do his wedding in a few months. and, i always try to pick his head on news stories, to see what's not being reported or if i'm too dense to understand a story or whatever else. last night, corin did a piece that is really worth checking out. it's worth a watch, as it's about a woman that was imprisoned in iran. there were a lot of questions about what she was doing there, why she was arrested, and what freedom means in a place like iran. check it.
Posted by edluv at 1:18 PM No comments:

ranch dressing mess in
back yard was downfall for me
bruise on knee and hip
Posted by edluv at 1:04 PM No comments: