hope you have an enjoyable evening. stay safe, eat too much candy, and be nice. 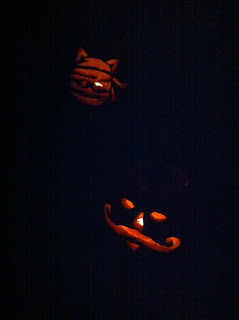 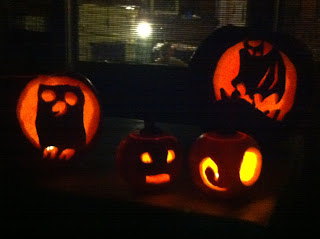 also, i spent over $50 on candy.  got somewhere over 500 pieces of candy.  hard to say exactly, because several bags were labelled by weight not pieces.  i'm guessing close to 750+ pieces. bring it on, kiddies.

Email ThisBlogThis!Share to TwitterShare to FacebookShare to Pinterest
Labels: halloween

it's the same without the i

quick post: is it any less offensive to type sh*t or f*ck?  i mean, we all know what you're saying. wouldn't the people upset by the i or u be just as put off by the neutered version?
Posted by edluv at 2:16 PM 1 comment:

Email ThisBlogThis!Share to TwitterShare to FacebookShare to Pinterest
Labels: language

has dusty buns gone too far?

am i about to commit fresno suicide?

let's get a few things out of the way before i go too far.  i have been a dusty buns apologist.  i took a bit of time to try the sandwiches, mainly because the line was always long at the bus, and i hated standing in the sun on some of those hot days.  but once i tried the eggman is was in.  i tried le grilled, and i loved it, too.  soups, yep.  granola, definitely.  (i've never had the veg out.)  i know and appreciate that their product is locally sourced, handmade and very good tasting.  these things matter to me.

about 10 days ago i was defending dusty buns with a few friends on facebook. one had the dusty bun for the first time and wasn't completely sold.  he said it was good, but not great.  the other friend had never had any of their food, mainly because she felt that the lines were too long, the sandwiches too small and too expensive (@ $7).  also, she said that, and i'm paraphrasing here, this is fresno, and they're trying to charge bay area prices and should get over themselves.  i can't argue too much with the first friend.  he tried it, thought it was okay but had some reservations.  totally fine, we all have our owns tastes.  the second friend i really argued with, as much as i'm willing to via facebook, that the sandwiches are very filling, and that frequently i eat one of the sandwiches and about 1/2 my order of fries and i'm very full.  the food is very high quality and is local.  i'm not sure if it's all organic, but many of their ingredients are organic - for those that this matters to.  the chicken, duck, peanut butter, everything, all come from farms in the area and are seasonal. and, they make their own bread.  all of this will cause the product to be a little more expensive than a product from a bigger chain, or from a local place that is buying their foodstuffs from a bigger market or a distributor like sysco.  and, in our current economy, everything is more expensive.  a point that i made to both was that a sandwich at lunch or dinner at most places will run you about the same.  i'll stand by all that.  if i go to dinner at a sit down place, a burger is generally $9-$10 and something like a steak sandwch easily runs $14.  but, i also have to admit that i had a bit of sticker shock last time i ate there at the dusty buns shop when i saw that the sandwiches had gone up to $9.  that night i had the duck confit slider, so it was only $5, and i thought the food was very good, was full from my meal, but it got me thinking.

cut to this last wednesday, a friend asked me if i was still going to dusty buns.  i said yes, but i hadn't been in a few weeks.  i mean, it's not like i went every week, anyway.  i probably hit them up about every 4-6 weeks, so i'm not surprised that i hadn't been in a few weeks.  i asked why, and he mentioned the increase in price.  he and his lady would go a bit more often, and they were both feeling like they couldn't afford to go their regularly.  he felt that dusty buns may be pricing themselves out of customers, or at least pushing into less than regular customers.

cut to today when i went over to the manchester marketplace for lunch with a few friends.  i was hoping that summertime pies would be there, but they weren't.  i knew there would still be some good options for lunch though, so i was alright.  there were two of your regular fresno taco trucks, dusty buns, and tako bbq.  i had seen that dusty buns was doing a lula burger special, and so was thinking that, but then decided i wanted a spicy pork burrito from tako.  i jump in line, and i bump into fresno bites. first and foremost, we joke about harmswaychad from that social media blog.  we're all in a blogger fantasy football league, and it's chad's first year so we're giving him plenty of grief.  but then, we move on to the $9 sandwich that we're not standing in line for.  we're both getting tako.  we talk about the price point, some other small talk, and by then we were at the front of the line.  he ordered the torta ($6 and a taco - $2). i ordered a burrito ($6) and a taco.  now, i'm not reviewing those here, but i had the burrito, taco and a soda (mexican coke in a glass bottle) for $10.  i sat with two friends that ordered a veg out and a dusty bun.  we all enjoyed our meals.  fresno bites was down the table, and when we were all about done, he says to me, "ed, $6 for all this torta.  it's not a hand made bun, but it's good." or something like that.  i nodded as i worked at the last few bites of my burrito.  (on a side note, i've seen people rant about places like dusty buns or tako for charging $2-$3 for a taco compared to the taco trucks where you can get 2 tacos for like $1.50 or $2, but maybe that's another discussion.  maybe.)  as i sat there, i looked again at the menu for dusty buns.  $9 for a sandwich.  $4 for sides.  $2 for a tea (12 oz.).  if i ordered a sandwich, fries and a drink, i would've been out an additional $5.

is it worth it?  i think it's still a great sandwich.  i love le grilled cheese, and when i think about it and ask them to make it an eggman, wowza.  i know that they're doing quality product.  i stand behind the idea that a quality product requires an appropriate price.  also, i've never made one of these, don't know what the cost is.  i don't know what their overhead is.  i admit all of these things because i imagine that they go into their pricing.  but things are only worth what the market will bear.  or, as my dad used to tell me, they're only worth what you're willing to pay for it, no matter what they're selling it for.  so, what do you think?  is it too much?  has dusty buns gone too far with the $9 sandwich?

UPDATE - after i wrote this blog, dusty buns switched things up a bit.  now, they do a slightly smaller sized sandwich for $5, 2 for $9.  it's a really good deal.  we went there not too long ago and i had a sandwich & soup, and it was quite a filling meal.
Posted by edluv at 2:44 PM 7 comments: