looking for something to do in fresno on new years eve? something other than just hanging out at a bar? well, the treasury has something you might like. 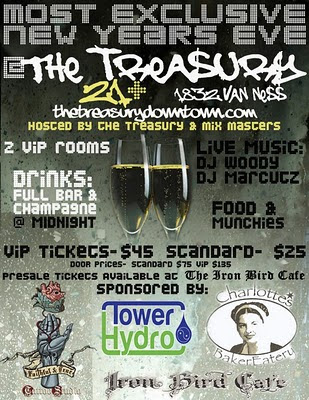 our good friend woody is one of the dj's at this event, so say hi to him.
Posted by edluv at 12:13 AM No comments:

christmas has gone by
but friends are still around us
so enjoy them now
Posted by edluv at 8:35 AM No comments: 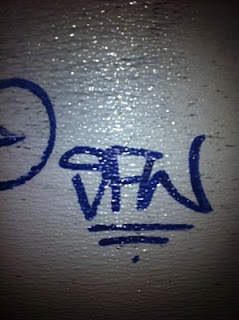 Email ThisBlogThis!Share to TwitterShare to FacebookShare to Pinterest
Labels: sfw

tonight, we went and saw true grit. and, i've got more to say then in my last review, mainly because i was blown away by black swan, and true grit...well, didn't have the same effect.

overall, i enjoyed the movie. i think the actors all do a fine job, and i liked matt damon's quirkiness. and, some of the bit characters, the background people were really intriguing to me. the movie is also beautifully shot, although the snow seemed very cgi to me, and it bugged me.

two things surprised me: 1. josh brolin is in the movie a lot less than i expected. i haven't seen the original, so i didn't know how big or little that role is. the billing and commercials made me think it was a bigger role than it was. this isn't a bad or good thing, just and observation.
2. for being a coen brothers film, this was a pretty straight take. yes, there are a few strange bits, but overall it was pretty much a normal movie. i'm fine with them breaking their mold, but i guess i just expected something more dark or bizarre from them.

again, overall i think the movie was good and you should see it. you could probably wait for video if you're inclined.
Posted by edluv at 11:06 PM 3 comments:

another funny video from england. this one is done by some comedians, goldie lookie chain.

there are people out there, democrats, that are saying this presidency is a failure. that president obama, as he works with the republicans is a failure because he's not sticking to his guns. if there is a failure, it is our failure.

greedy democrats have wanted to shove it down the republican throats, to run up the score. since he hasn't, we're pissed. but you know what? that's not how it's supposed to work. the parties are supposed to work with each other, while checking each other's power as well. our government shouldn't work with a motto of, "we're in power so we're going to do whatever the eff we want."

i don't care if we feel that the other side did it when they controlled the house & senate. that doesn't mean that's how we should have been working.

now, i also don't think that the president or the democrats should give up on all of their ideals or plans and just give the republicans whatever they want. and, i also think that if the republicans are going to just drag their feet on everything we need to do a better job exposing that, letting the public at large know that nothing is happening because people being unwilling to work together to make a better america.
Posted by edluv at 8:55 AM 8 comments:

what scares me is that this guy is a texas state representative who is either willfully ignorant or just a blatant liar.
Posted by edluv at 10:25 PM 2 comments: